Commonly associated with poor students throughout the western world, ramen is quite a common dish in many Asian countries, particularly Japan where you can even find restaurants that serve ramen exclusively. Seen as a quick dish in our part of the world, ramen can be quite a delicacy if prepared properly, with a rich tradition going back for hundreds of years. As a matter of fact, Japan sees ramen as the greatest of all their exports in the 20th century following a national poll in which karaoke machines and walkmen followed closely behind.

That said, we should treat ramen as not only a quick meal but as a truly delicious dish if properly cooked. While most people don’t really take the time to cook the right broth for the job, those who do swear by the dish’s deliciousness. With the right broth, a good instant ramen soup can rival even the most expensive dishes. So if you are prepared to go through the routine of preparing it properly, all that remains is that you figure out what instant ramen to use. To help you in that regard, we put together a list of the ten best instant ramen soups the market has to offer at this point in time.

With the Nissin RAOH Umami Tonkotsu, you can easily prepare genuine restaurant-class Japanese ramen right at home. Without flavors like beef, chicken, or shrimp to choose from, this is a real, authentic ramen product like few others on western markets. It has one of the most loved ramen flavors in Japan and the US both, and it features several flavor layers, including garlic, ginger, and onion, making your soup robust and very rich in nutrients.

With the Nongshim noodle bowl you get premium quality noodles with a great deal of flavor. The noodles themselves are soft and chewy and are combined with a spicy beef broth which creates an amazing recipe that is pleasurable to any palate. They are very simple to prepare and take just minutes. With 0g of trans fats, you know that you are getting good quality noodles and seasoning. The Nongshim noodle range comes in a variety of flavors, so you can find the perfect noodle pot to suit your taste. 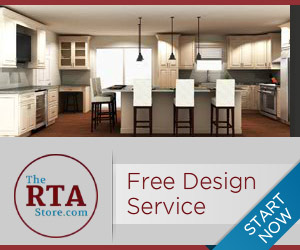 With the Crystal Spicy Sesame Noodle Soup, you get high quality and thin, gluten-free, clear mung bean noodles. Ever non-fried, these are flourless, delicious noodles with zero trans fat. They are simple to prepare and can be ready in just 3 minutes. They are also naturally low in cholesterol and calories, and for their translucent, delicate nature, they perfectly absorb the rich, freeze-fried flavors of any crystal noodle soup’s genuine recipes.

These particular Taiwanese Ramen Noodles by Asha Healthy present a nutritious and delicious alternative to common instant noodle soup. Created using wholesome wheat plus natural flavor, they have a quality you can taste. This product is free of GMOs, MSG, or any harmful additives. The ramen is made using natural ingredients and air fried for sealing in freshness, nutrients, and flavor. As such, it works great as a satisfying snack or meal.

Containing spice sesame paste, 6 mushroom types, vegetables, savory Shoyu, plus spicy tofu flavors, this is another great ramen noodles soup flavor you will like. It is a gluten-free but a richly vegetarian product that you can easily prepare in about three minutes, and it ranks among the best food items for fast lunches at school or work. At the same time, we should point out that these noodles are very healthy since they are free of Trans-fats and other additives.

This is another ramen noodle soup flavor by Nissin RAHO, one that allows you to prepare authentic and restaurant-grade Japanese ramen inside your own kitchen. The Umami Soy Sauce does not include beef, shrimp, or chicken flavors like other instant ramen soups. Instead, it features an authentic Japanese ramen of the most classic type with a light flavor and clear soup that does not overwhelm your palette, nor does it affect the quality of your broth.

Coming from Lotus and Foods, this Millet and Brown Rice traditional Japanese style ramen noodles are made of select rice. The product is not only gluten-free but brown rice and millet rank among the most nutritious as well as easily digestible types of grains. This ramen has a great nutty taste and provides fiber and protein richly. What’s more, it can be prepared in only 4 minutes or less by any reasonably skilled cook.

If you want to enjoy one of the finest quality instant noodles from the best ramen brands out there, then this Maruchan’s chicken flavored noodle soup pack might be the exact thing to satisfy your taste buds. It comes well packaged and in 36 packs of 3 ounces each. Moreover, it is among the best non-vegetarian flavored types of noodle soups with its very appetizing and aromatic chicken flavor. Considering its current popularity, it would also be safe to call it one of the very best the market has to offer right now.

The Maruchan Oriental is an authentic, deliciously flavored ramen noodles soup of the highest quality. Besides a standalone recipe, it can also be added to any recipe to lend its great taste and its unique glamour. It has to be said that this particular ramen is free from any health-risking elements such as gluten, making the noodles naturally delicious and entirely safe for anyone on a diet. Moreover, it presents huge possibilities for adding any flavorful elements of your choosing, a versatility not many instant ramen soups possess. Overall, it is one of the most versatile and at the same time delicious instant ramen soups you can get.

The first thing you need to understand about instant ramen is that there isn’t a single standard that all ramen soups have to adhere to. In fact, there are thousands of brands to choose from and they each come with their own palette of flavors and noodle types. Depending on your particular taste, an instant ramen soup can either be used as a quick fix-up when you’re hungry or part of a more elaborate dish. This is because some of these instant ramen soups can lend their flavor to more complex dishes, which is where a good understanding of ramen comes in handy. So before choosing a type of instant ramen to quench your hunger, you must first understand what instant ramen is all about.

A simple noodle soup that originally made in China, consisting of broth, noodles, and protein, Instant ramen moved its way into Japan where it was transformed into a much more refined and flavorsome dish. Accompanied by different types of soups, broth flavors, an assortment of toppings and meats, this dish is now popular all over the globe. Like we said, the dish is so popular that you can even find restaurant chains dedicated entirely to serving ramen soup. Although most of them are located in Asian countries, the worldwide popularity of ramen soups stretches out on a monthly basis to newer markets across the western world.

While at its core, ramen is supposed to act as a base for more complex dishes, the various methods it can be cooked in make it a highly versatile ingredient. As such, you will find ramen used for a complex range of dishes, most of them based on broths of a various nature. In principle, however, ramen has four primary flavor types which are usually distinguished by the flavor of the broth and soup they are cooked with.

Shio – This is a salt based dish and is the traditional way in which a basic ramen is flavored. The salt does not change the way the dish looks and the soup used in its making is usually light and clear. However, this dish is slightly saltier than other types of ramen, which recommends it for broths of a more consistent nature. Keep in mind that Shio ramen is derived from Chinese-style noodle soups and that it features most of their particularities.

Shoyu – this is the oldest flavor of ramen noodles and consists of soya sauce as its key ingredient. Instead of utilizing salt, dark soya is used to add flavor to the dish as well as color. This soup is also clear but contains a slightly darker color than Shio and is sweeter in comparison. Traditionally, this ramen is paired with clear to brown chicken or seafood, occasionally leanding its use to beef or pork-based broths.

Miso – Miso paste is a newly discovered ingredient that has been used to add a savory flavor to ramen broth. Giving the soup an opaque appearance, this type of broth gives a much more complex and strong taste. For the most part, this ramen is used with rich bone broths flavored with plain salt or in tandem with seafood broths. Occasionally, you will find Miso ramen to be paired with robust toppings like sweet corn or stir-fried pork belly.

Tonkotsu – This type of soup is made from boiling pork bones for up to 15 hours. It is a rich, clear white soup that contains dissolved collagen and has a distinct, strong flavor that takes a little getting used to. Although not that popular when it was first introduced, Tonkotsu ramen has seen a substantial increase in popularity in recent years and understandably so considering how flavorful it is.

Fresh Noodles – These type of ramen noodles are usually found in high-end shops and restaurants. The shape and size of this kind of noodles usually vary. Thin, light noodles are usually combined with heavy Tonkotsu broth, giving you a strong heavy taste, while wavy noodles of this kind are usually teamed up with miso-flavored soups. At the same time, the use of fresh noodles makes the ramen easier to digest, adding a certain smoothness to it as well.

Dried Noodles – Considered as the best choice for home cooking, dried noodles are prepared by drying fresh noodles. These are straighter, thinner and easy to cook, which explains why we find them in most of the cheap instant ramen soups on the market. Most of the time, cheaper ramen involves the use of dried noodles for practical reasons as they are easier to store and last longer in almost any climate.

Instant Noodles – These type of noodles are prepared by deep frying or dehydrating the noodles. When purchasing instant ramen, one must check the fat content, as this determines the dehydrating method and the overall nutritional value of the noodles themselves. Expensive instant noodles are usually prepared with the air-drying method which makes them costlier to prepare yet more delicious with the proper broth.

Ramen Noodles can be topped and combined with a variety of delicious ingredients to add that extra depth and consistency to the flavor of the soup or broth that has been prepared. Instant Ramen Noodles come with all the ingredients mixed into a single easy to cook pack of deliciousness, so you won’t have to worry about getting any toppings together yourself. With a variety of different flavors available, it is easy to choose your favorite from almost any supermarket. If, however, you are preparing ramen at home, here are the different types of traditional toppings you should consider to add flavor and depth to your ramen.

What’s The Best Induction Cooktop for Your Holiday Meals?

Can You Use Whitening Toothpaste With Braces?