Mirrorless cameras have been growing in popularity over these past few years as the technologies they boast have continued to grow and develop. You can nowadays get a mirrorless camera that not only does as advertised but one that will rival DSLR cameras of the highest standard. Most of the mirrorless cameras that dominate the market right now have 4K capabilities, optical viewfinders, and surprisingly fast AF systems. After taking into consideration everything each major manufacturer has to offer, we put together a list of the ten best mirrorless cameras money can buy.

The name of Olympus is well known in the world of cameras and their OM-D E-M10 Mark II Mirrorless Camera is a stand out device among its competitors. One of the biggest features is its 5-axis image stabilization which allows users to capture stunning and blur-free images and videos. The camera has an electronic OLED viewfinder which has 2.3 million dots and can carry out a 0.62X magnification. On silent mode, the camera shuts off all shutter sounds for a disturbance-free experience. Try burst shooting with the camera as it brings 8.5 frames per second. With its fast touch autofocus, you are always ready to capture the best memories.

The Nikon 1 J5 Mirrorless Camera is a powerful and handy device to have when beautiful surroundings are nearby. It has a NIKKOR 10-30mm f/3.5-5.6 PD Zoom Lens that is absolutely brilliant at capturing distant objects clearly. The camera is made for spectacular telephoto shooting from wide to medium ranges. The camera even allows users to record Full HD videos without any noise from the lens itself. It has an EN-EL 24 Rechargeable Li-ion battery, MH-31 battery charger, UC-E20 USB Cable, AN-N1000 strap and body cap, and an LF-N1000 rear lens cap.

With the Panasonic Lumix DMC-GX8 Mirrorless Camera, you can never go wrong. It boasts some of the most powerful features and functions that offer superb quality images and videos. It comes with 4K imaging and video recording. With Dual Image Stabilization, the camera brings together in-body stabilization as well as optical stabilization from its lens. The body of the camera is built to last with a splash-proof and dust-proof exterior. Focus on whatever you like quickly with a fast autofocus. The sensor is an impressive 20.3-megapixel one that delivers extraordinary images and videos.

Another big name in the camera industry is Fujifilm and their camera, the Fujifilm X-T10 Mirrorless Camera is a unique and truly powerful piece of equipment. It comes with a 16MP X-TRAN CMOS II Sensor with EXR Processor II that makes for impressive images and videos. The camera has a new autofocus system that helps capture any object perfectly. You can choose between Single, Wide x AF-S, Zone, AF-C – 3D Tracking, and Phase Detection + Contrast autofocus options. There is an electronic OLED viewfinder with 2.36 million dots and boasts the world’s shortest lag time of just 0.005 seconds. – 0.62x finder magnification. The design is simple and compact and has a built-in pop-up flash.

The Olympus OM-D E-M5 Mark II Mirrorless Camera is a popular product among photography enthusiasts around the world. It is fitted with a very powerful 5-axis voice coil motor image stabilization that produces stunning images and videos. The camera has a 16 megapixel LIVE MOS sensor as well as a 40-megapixel high-resolution shot mode that enables users to capture brilliantly high definition images. At 10 frames per second, the camera offers extraordinary burst mode for capturing every movement clearly. Videos are also great in FullHD or 1080p at 60p, 30p, 25p, and 24p. It has a big 2.35 million dot electronic viewfinder. For instant sharing, the camera comes with built-in Wi-Fi. 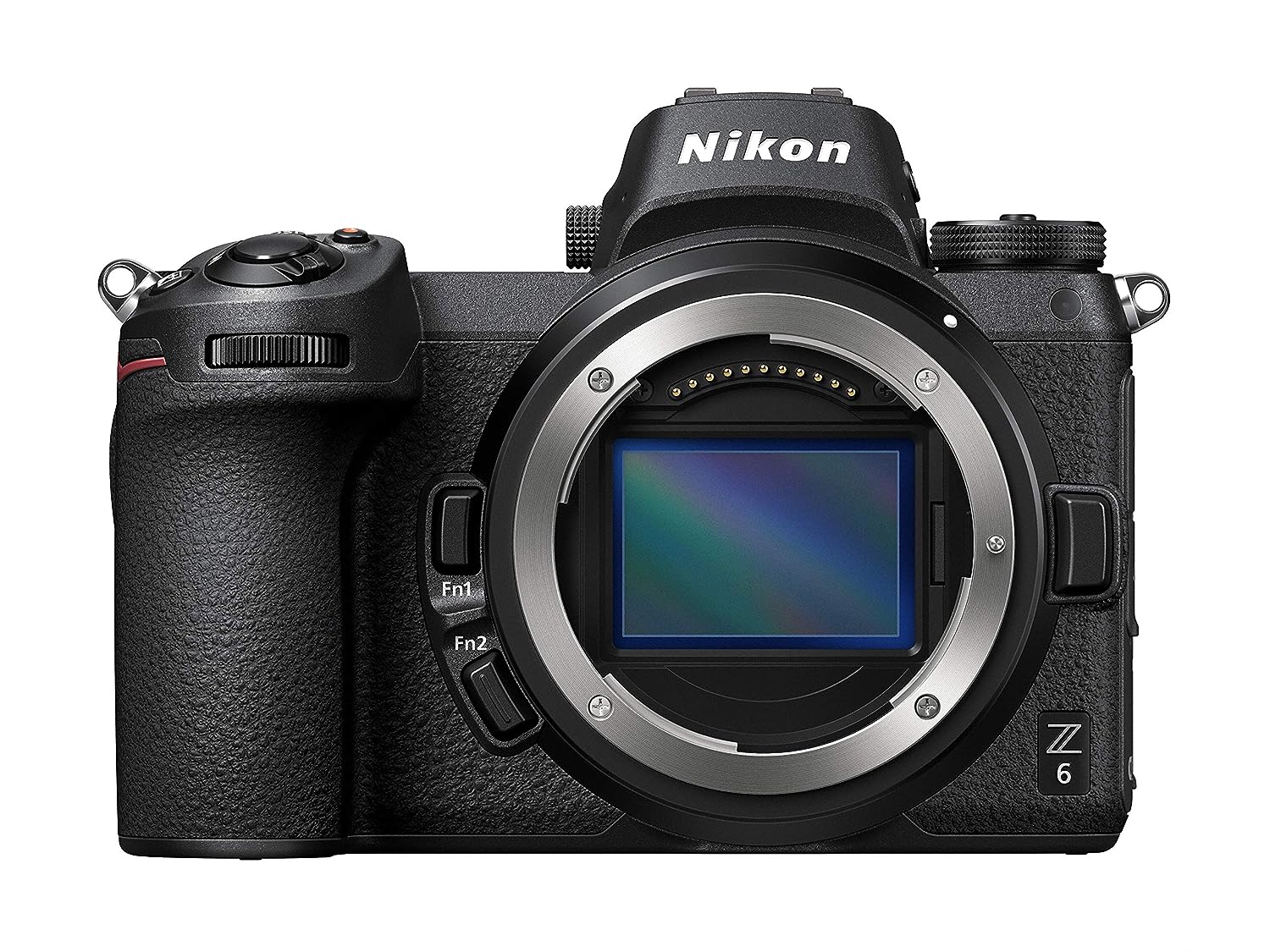 One of the best-known mirrorless cameras available today is the Panasonic Lumix DMC-G7 Mirrorless Camera that brings a lot of powerful features and doesn’t require a lot of memory for heavy images and videos. The camera offers superb DSLM quality images and reduces the size that traditional DSLR cameras carry. With this camera, you will never miss another memory thanks to its unique 4K Ultra HD Video and 4K Photo Modes. Along with fast autofocus features, your images turn up absolutely beautiful. The camera also comes with built-in Wi-Fi sharing for quick and easy transferring.

Sony is a renowned name in camera technology and the Alpha A6000 Mirrorless Camera is a great example of this quality. The camera is a 24 megapixel one that has an APS-C CMOS sensor with an ISO 100-25600 for capturing beautiful images and videos. Some features include a hybrid autofocus with a 179-point focal plane phase-detection along with 25 contrast based detect points. The camera also comes with built-in NFC and Wi-Fi connectivity. Users can shoot in burst mode with up to 11 frames per second. There is a bright 3-inch LCD display that has 921,000 dots and is used for viewing and setting the camera shots perfectly. Last but not least, this camera has an electronic OLED viewfinder for maximum coverage.

Sony’s dominance in the camera department is clearly seen in the Sony Alpha a7S II Full-Frame Mirrorless Camera that delivers an unmatched performance. The Full-Frame camera comes with an inbuilt 5-axis image stabilization feature that ensures all photos and videos are absolutely blur-free. The autofocus is extremely fast and effective thanks to its Fast Hybrid Autofocus. The camera lens is also powerful and has a 12.2 megapixel 10 35mm full-frame EXMOR CMOS lens for capturing every moment is high definition. Also worth mentioning is that it has a BIONZ X image processing engine that delivers unmatched results.

The Sony Alpha A7R II Full-Frame Mirrorless Camera is the world’s first full-frame back-illuminated Exmor R CMOS 42.4 megapixel sensor and a powerful 5-axis stabilization that is found in no other camera. It can record 4K videos beautifully without any lag or blur. At the same time, this camera is fitted with a 2.4 million dot XGA OLED Tru-Finder, Wi-Fi and NFC connectivity to smartphones and other devices, fast plane-phase autofocus, and much more. We should also point out that this camera is ergonomically designed to fit perfectly in the hand and shoot comfortably for hours.

Why Choose A Mirrorless Camera?

The main difference between a mirrorless camera and a standard DSLR version is the internal mirror that DSLR cameras use to bounce the image acquired via the lens. With mirrorless cameras, like the term suggests, there is no internal mirror to reflect the image you capture, thus allowing the light to pass through the camera straight into the sensor. This enables you to capture true-color images of the highest quality that haven’t been altered digitally in any way, shape, or form.

While the overall quality of a camera is very important, a high-quality lens can make all the difference in the world, even for a low-end camera. The lens you choose pretty much determines how your photos will look like. You see, each manufacturer has its own specialized lens mount for attaching lens from the same brand, yet with mirrorless cameras, it sometimes happens that they come with no lens at all. It is indicated that if you’re a beginner, to make sure that your camera of choice features an all-purpose lens. If you’re versed in taking pictures, then you should perhaps invest in various types of lens depending on what type of photographs you plan on taking.

What To Look For In A Mirrorless Camera?

Although mirrorless cameras all seem to share the same general characteristics, some of these cameras are definitely better built than others. Feature-wise, we should also point out that some boast some pretty interesting image-processing capabilities, although it’s usually the high-end models that have a price tag to match. That said, you will still find good enough cameras in the low-end bracket, just as long as you take the time to scout the market thoroughly for the models that best suit your needs. In general, here are the features to look for when buying one:

Rear display – The rear display of a mirrorless camera is just as important as the rear display of any other type of modern camera out there. It is also common for many of these rear displays to have touchscreen controls that make operating the camera easier and speedier. Some even allow you to tilt the display any way you want when taking a photograph for a more efficient and complex capture process.

Af Systems – Some mirrorless cameras boast hybrid AF systems that combine on-sensor phase-detection with traditional contrast-detect AF systems. Thanks to latest generation processors dedicated to improving the camera’s autofocus duties, some of these cameras are nowadays capable of outperforming DSLR cameras in terms of AF speed altogether. Interestingly enough, you will find these capabilities mounted on low-end models as well, nut just the top-shelf models that usually only professionals use.

Video recording – When it comes to recording video footage, we find that more and more cameras boast 4K video capture capabilities, even the low-end models. Some even have the capacity to offer a broadcast quality of 10-bit 10:2:2 4K videos, which only professional cameras are usually able to do. If you’re the type to record video footage regularly, then make sure that your desired camera has not only 4K recording capabilities but that it also features a good-enough microphone for good measure.

Slots – Even though most of these cameras have a decent amount of storage for you to store all your pictures and videos, it certainly couldn’t hurt to add a bit more storage of your own. In this respect, good mirrorless cameras have two or three slots for adding SD memory cards or even faster UHS-II cards (the latter being usually reserved for top-shelf models). Some shutterbugs prefer to have two SD memory cards installed at the same time, one for HD video footage and one for pictures.

Design – Last but not least, we should point out that design plays a major role in choosing a modern camera of any type and mirrorless cameras are no different. Depending on what you’re planning to use the camera for, you can either go for a compact, travel-size model or a full-body, professional camera. With mirrorless cameras, you should keep in mind that they usually fall into two categories – those inspired by standard rangefinder cameras and those designed to mimic DSLR cameras. As long as you take their build quality into account before making a purchase, you shouldn’t have any surprises no matter which you choose.

How To Repair Kitchenaid Dishwasher

Top 10 Best Tire Chains for Trucks, Pickups and SUVs of...